The vacant Mercado Modelo Montevideo forms the heart of a Super Block soon to be transformed into a model block for the future of Montevideo. The existing thoroughfare pattern crisscrosses Montevideo defining key intersections and often triangular or parallelogram super blocks. The proposed urban plan identifies the key super block boundaries and intersections and proposes a height and bulk based zoning that gradually rises from the center of the blocks to the key corners. The result is a sine wave pattern of buildings along the main thoroughfares that will be unique to this riverfront city. The increased densities at the key intersections favors them for key public transit stops. Similarly, the zoning plan within each super block reduced height and bulk allowances toward the center of each block. Use based zoning is nearly eliminated in favor of height, bulk, sound, light, and air pollution limits. This planning strategy favors mixed use solutions with agreed upon quality-of-life standards.

In the case of the Mercado super block the underutilized land and abandoned parcels related to the elegant and heroic Mercado building will be replaced by a neighborhood park and plaza that are connected by a spine running through the axis of the Mercado. The Mercado itself will be repurposed into a neighborhood incubator building for startup businesses. The numerous roll up loading docks will favor both indoor outdoor cafés, bars, and home bases for the growing food truck trends. 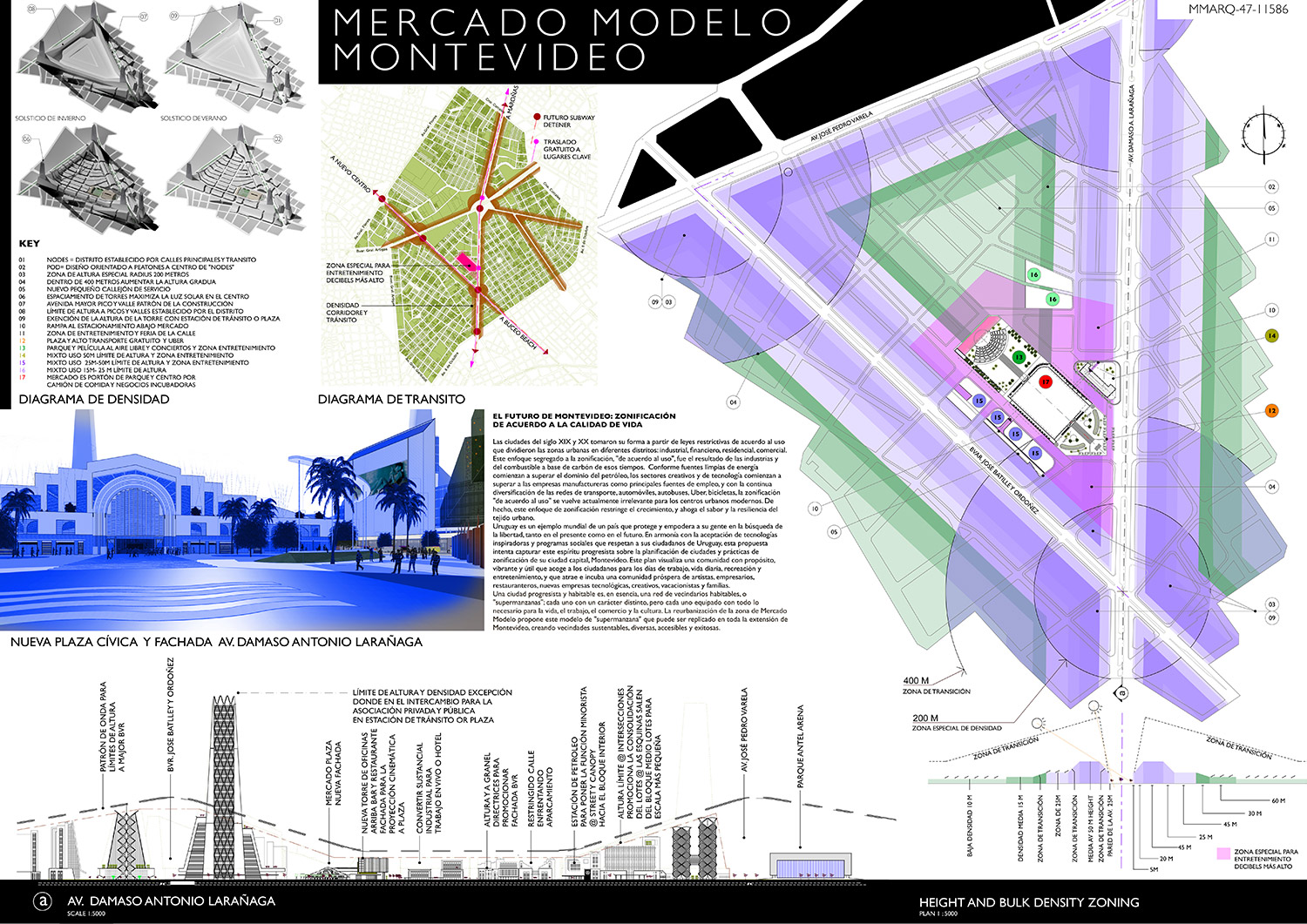 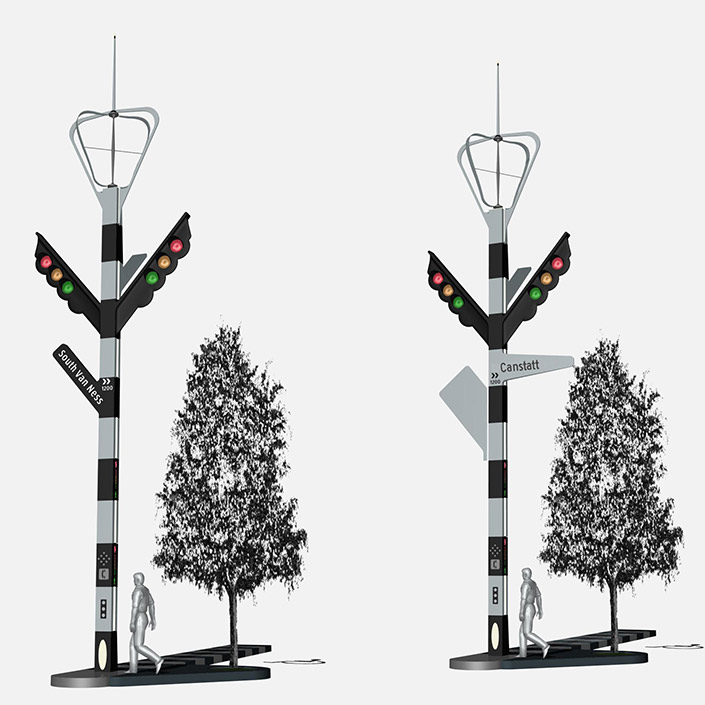 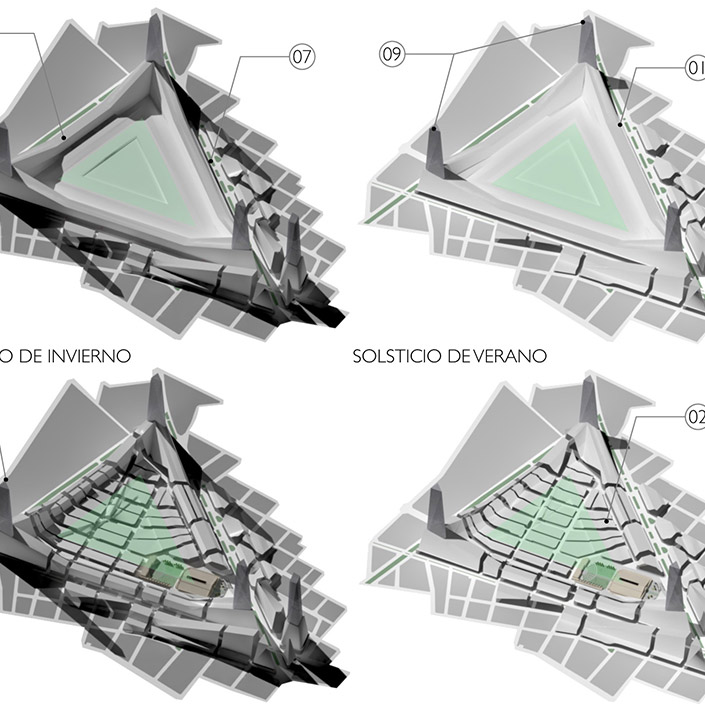 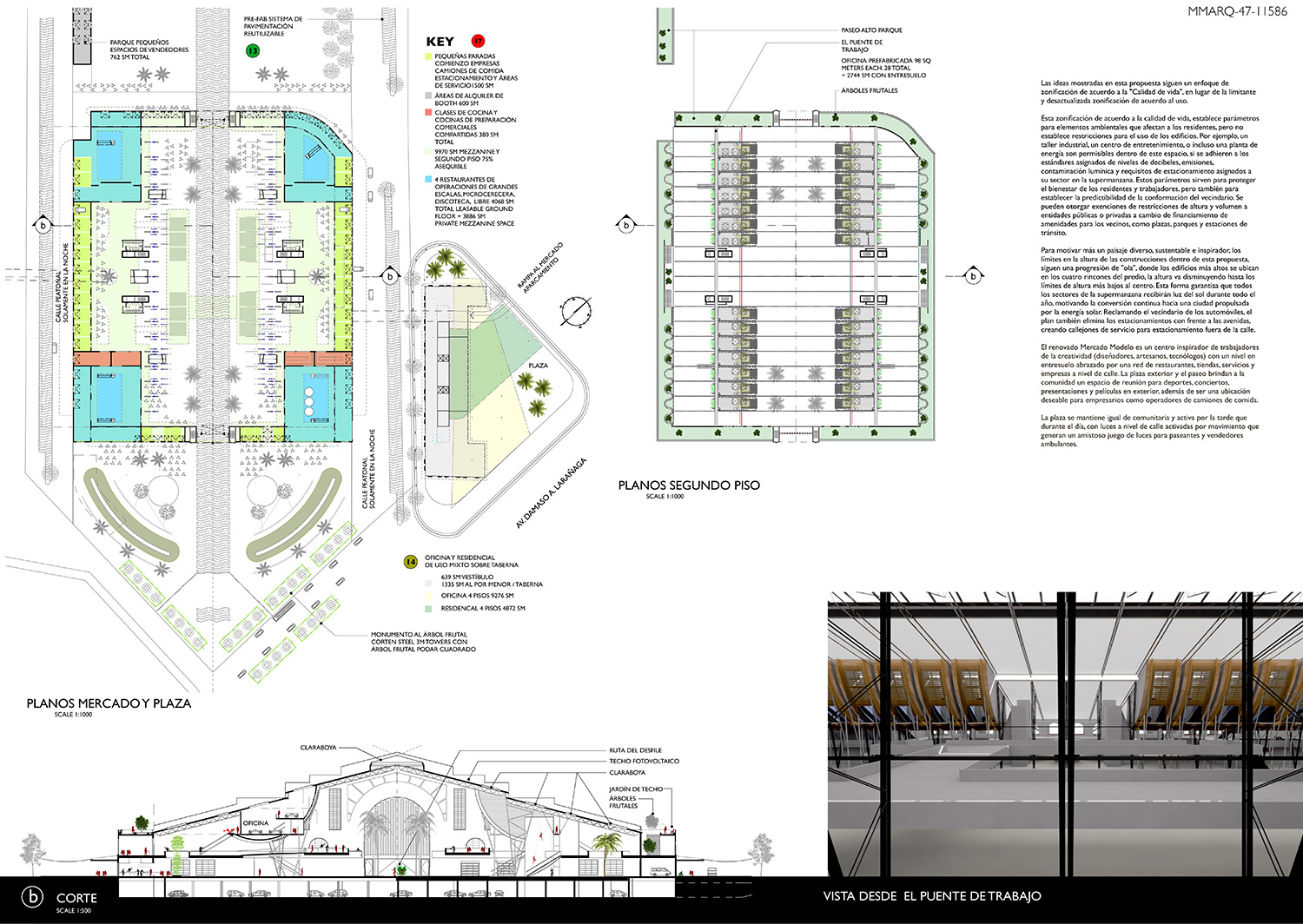 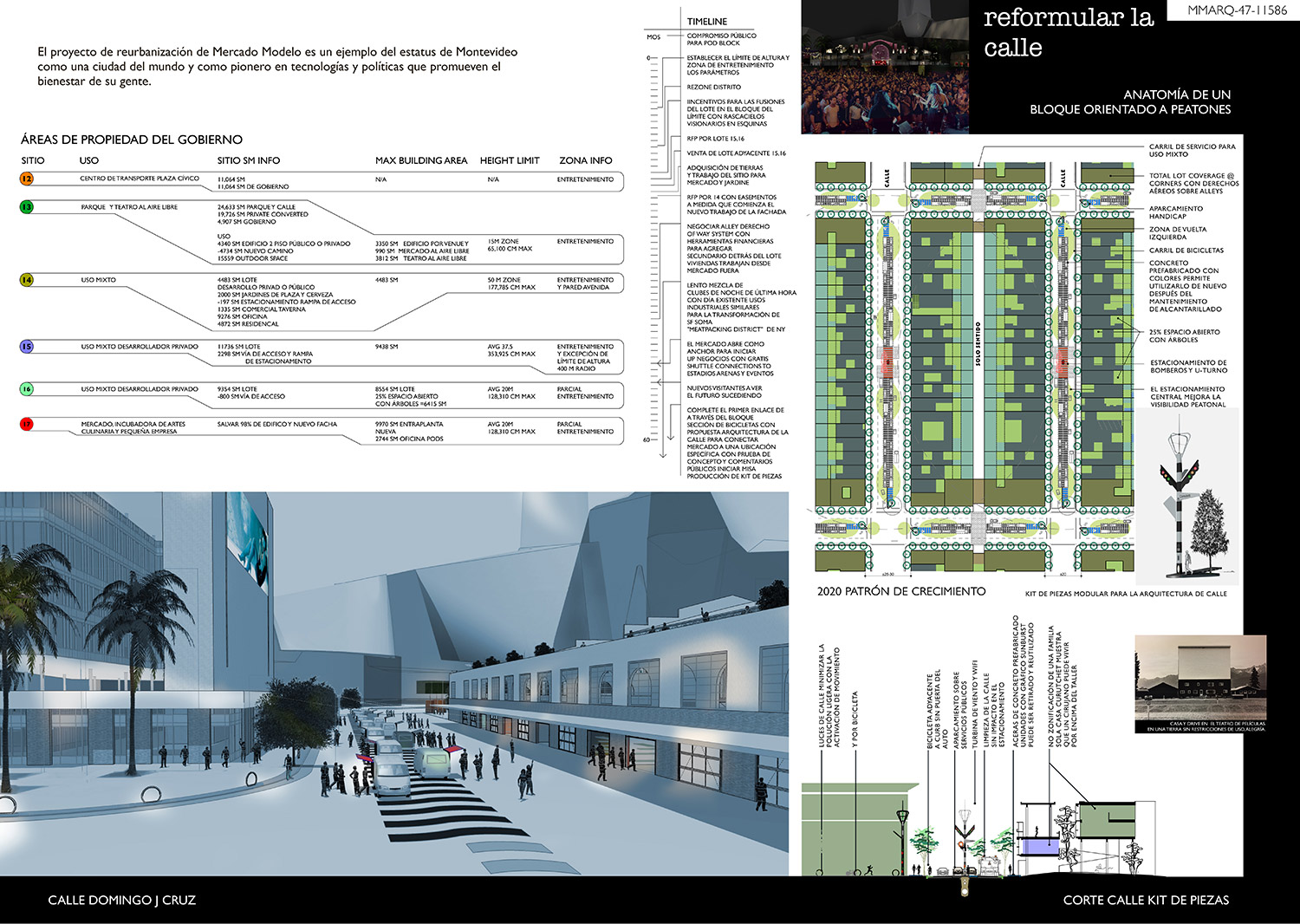